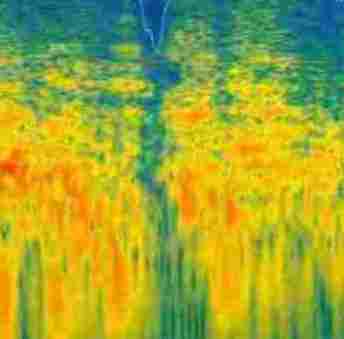 With new technologies, this is what a sound mark might look like when you carry out a trade mark search.

When we talk about what a trademark can be, one of the most important rules is that it is capable of being represented graphically. What does this mean? Well, it does not mean that the trademark has to be something that you can see. The condition is only that it must be capable of being described in a way that can be understood by being read or seen. For trademark search that makes perfect sense. But it makes it difficult for unusual trademarks.

Importantly, it also means that trademarks can be more than just words or logos. The typical examples of unconventional trademarks are sounds, smells, colours and shapes. Here I look at sound trademarks.

Like traditional trademarks, sounds should still be tested against whether they indicate the source of origin of goods or services. While they can be short and fleeting, they must be so different or distinctive that within a tiny amount of time, your perception of the sound prompts you to think of particular goods or services. If the sound is not distinctive enough, it may be possible to show that it has acquired distinctiveness through use.

What are sound trademarks like? Short, distinctive sounds or jingles. That means that distinctiveness, not quality will be important. I’ve just listened to one that’s eh, interesting (rubbish)! And that’s being polite. It was worse than an annoying tune that gets stuck in your head. And it wasn’t a computer sound icon either.

Well known Community sound marks include the Nokia ringtone, the Yahoo yodel and MGM’s lion’s roar. You can have a listen to some Community sound trademarks by selecting sound from the ‘trademark type’ drop-down menu or try out some US sound marks here.

My favourite sound mark. Well that’s registered in the US and it’s ‘D’Oh’ from Homer Simpson registered by 20th Century Fox. Short, sweet and memorable. A big shout out to those who know my Simpsons back-story! For a musical one, well that’s McDonald’s ‘I’m Lovin It’.

The rules on how to apply for a sound mark differ from country to country. European law means that to apply for a Community sound trademark, the sound must be portrayed by images, lines or characters in a way that is clear, precise, self-contained, easily accessible, intelligible, durable and objective. That’s a long way of saying a musical score, and that includes any bum notes. Advances in technology have seen a rise of sound recordings being submitted and for Community trademarks these should be submitted with a sonogram picture representation of the sound. Most Community sound trademark applications now use a sound file and sonogram. What you cannot do is just give a written description of the sound, so no to cock-a-doodle-doo or do-ray-me then.

About the Author
Michael Fitzsimons is a business law advisor, litigator, arbitrator and trademark agent at TMR Fitzsimons. He helps entrepreneurs and SMEs be prepared for business and disputes. Be prepared today and you can focus on building your business for tomorrow ~ TMR.
Social Share

The Sound of Silence: Brexit and Community Trademarks
A Cool, Refreshing Blog-Post About Beer (and Trademarks)
Trademark Dealings: Don't Look Back In Anger

We are Irish and European trademark and design right agents based in the historic town of Drogheda, just thirty minutes from Dublin. We manage Irish, UK, Community and WIPO international trademarks and design rights for national and overseas clients.

Our easy-step clearance searches & registrations, ipr protection strategies and commercial agreements can help you build up and make money from ip rights. And as solicitors, we can stand by your side if things get legal too.

We provide practical, straight-talking intellectual property advice and competitive, fixed fee and bundled prices. Don’t get tied up in searches, registrations and watches. We’ll harness and enforce your registered trademark and design rights for you, while you get on with what you do best…building your business.

It’s easy to start and with online anytime access to your files, easy to manage. Registered rights make money, save money and help get money, so start your simple steps to trademark success today.